Inside The Gnome House

Several years ago we decided to build a workshop for my husband. While we were at it, we decided to add a bonus room above the workshop.


When the framing went up, I was standing across the street chatting with a friend. She commented on the interesting roof line.  With two dormers and two blunted peaks, the framing did look most unusual. I looked up and blurted, "It looks like a gnome house!"

Thereafter, I fondly referred to it as "the gnome house" in conversation. Everyone else played along, too.

Shortly after we started using it, wee gnomes began to appear!

They would be waiting by the door for me to discover. Even with a skiff of snow on the ground, there was never a footprint left behind. I was mystified!


I collected each one, marveled at the whole puzzling affair, and enjoyed the magic of the experience. 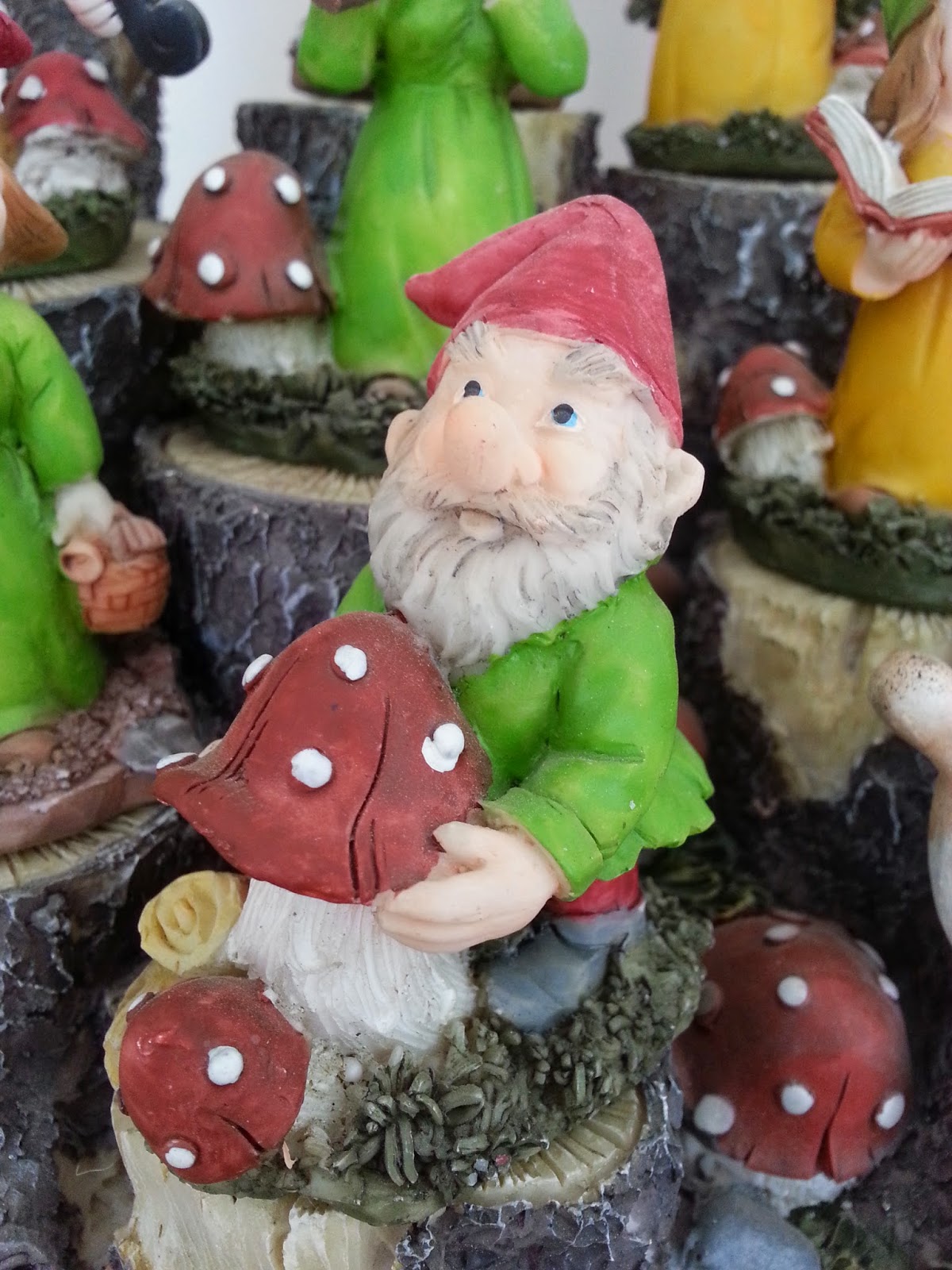 This friendly fellow (below) marked the end of the parade of charming characters, but I still had no clues.


That Christmas a strange, lumpy looking bag (addressed to me) appeared under the tree. In it I found "Gnomes World" where these delightful creatures gather to sing, read, play, and craft (and live happily ever after). The card was unsigned.

So, now you know how the Gnome House came to be.


Hope you enjoyed the tour!


After she's bound and the blue ink is removed, I'll take some beauty shots to share. (So exciting!)

I still had energy left, so I quilted my first customer quilt!!!

What an exciting day, I tell ya!


Linking up with:
Anything Goes Mondays, at Stitch by Stitch
Show and Tell Tuesday, at i have to say
Let's Bee Social, at Sew Fresh Quilts
WIP Wednesday, at Freshly Pieced
Fabric Tuesday!, at Quilt Story
Linky Tuesday, at Freemotion by the River

Comments are welcome. Thanks for looking around!
Posted by Carole @ Fresh off the Frame at 02:34

Email ThisBlogThis!Share to TwitterShare to FacebookShare to Pinterest
Labels: the Gnome House

Comments make my day! Thanks so much for taking time to leave me a message.