A Few Finishes and a Beginning

Before and After
Or, rather, After and Before!


I took inspiration from Krista Withers' work for this piece. She is known for her beautiful, modern wholecloth quilts.


Now, I realize this is not a wholecloth quilt, but I could see potential for using some fun designs, starting with the moon.

Lines in the background helped pop the applique forward, but the quilting looked pretty boring at this point (below). Too safe.


Whimsical border quilting to the rescue!


My client loves "whimsical and artsy", so I think this will be right up her alley!

Fresh off the Frame 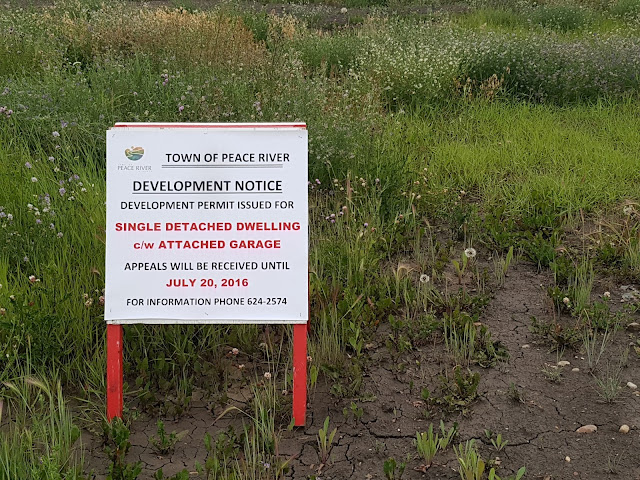 There should be a hole in the ground this week!

We love our current home, but we are looking to reconfigure and get things on one level. It's not important now, but it will be as we age. Might as well do this while we are still fit and able!

Quilty Ramble
What do you do when a piece is too wide for your frame? Get creative!

Part One - Load it sideways and baste it to death.


Part Two - Turn the quilt and reload it with one end folded in. Tuck towels between the sandwich and the frame to keep the piecing lines straight where they want to waver. Choose a spot in the pantograph to break the thread so starts and stops will be hidden. Quilt the available section - work from top to bottom as usual.


Part Three - Load the quilt a third time, folding in the end that was just quilted. Match up the pantograph and finish the quilting.


Now the quilting design flows with the piecing on this king-sized bed runner!


I'm very pleased with how beautifully this worked out.


Happily, its smaller companion - a matching window seat cover (to be) - easily fit on the frame. Whew!


I recently saw this watering setup in someone else's garden - I'm planning to shamelessly copy the idea.

No need to move hoses from zone to zone when you can feed multiple sprinkler heads - a twist of the wrist is all it would take to water the whole garden. Brilliant!

My snapdragon seedlings weren't in bloom when I bought them, so I had no idea what colours would pop.
So far, I'm delighted!


Vancouver Ramble
We went house hunting for Brynne and Derrick last week. We were incredibly lucky to find a place on the first day. (Family to the rescue!) Since we'd planned three days in the city, we suddenly had time to be tourists!

A visit to the Vancouver Art Gallery was a must. There was a Picasso exhibit, but photography of his work was prohibited. Details about his life were abundant, and I must admit to having uncharitable thoughts about the man behind the art. Right or wrong, I pictured him as an energy vampire, sucking the youth from his lovers before they were discarded. (Sorry Picasso fans!)

The gallery has a rotunda at its core. This photo was taken from the third floor, and captures a mere fraction of an untitled installation by Barbara Kruger. It was fascinating in its bold simplicity, in part because it had to be experienced from many perspectives for its message to be fully appreciated.

Bharti Kehr created a life sized piece called Six Women by casting the bodies of sex workers living in India. To be allowed close scrutiny of these six women created an unexpected intimacy that had nothing to do with nudity and everything to do with being human.

To quote the artist, "These six individuals provide not only an arresting and unapologetic representation of the aging female body as a counterpoint to social pressures to stay forever young, but they also serve as witnesses to the disregard for women who have obliged the patriarchy."

We had a delicious lunch at a Peruvian restaurant in Gastown. As we were paying the tab, the Gastown steam clock alerted us to its presence - turns out it was barely two storefronts away!

We were on the go from morning til night, zooming around the metropolitan area. We would always forget about rush hour until we were in it. *face palm*

Regardless, we always found our destination.

I was disappointed when a gallery featuring work by Judy Villett and Terry Aske was closed when it should have been open, however . . .


. . . right next door was a beautiful park with a petting zoo! Who could resist???


An hour later (maybe more?) we checked back at the gallery, just in case.
It was OPEN!!!


There's much more to tell, but this is already a crazy-long post.
(Aptly named "rambles", so you were warned! ;-) )

It all started with a request to echo the diagonal, wavy piecing of this quilt with loose, organic lines ("Think waves!", said my client). The pattern and fabric reflect an ocean theme, and my client wanted the quilting to support that idea, as well.


The tricky part was figuring out how to fill the piecing with lines that appeared to be continuous, without going crazy with starts and stops! The logistics of working on a frame needed to be addressed.

First, I basted the entire thing in preparation for lots of rolling back-and-forth during quilting. At this point, I also stitched the applique and ditched the borders.

Doodling in my notebook helped me figure out a plan. I needed to work in sections the size of my available stitch area. I worked out a continuous path so I could fill an entire "wave" without breaking my thread. I always started on the left, and worked my way up and to the right. Pivot points were my salvation. I could fill the section in front of me, roll the quilt, and then fill the next section, etc.

Below, the dark blue section around the moon has been filled.

I worked through the body of the quilt, section by section, changing thread colours as needed.


A bit of "dot to dot" quilting filled the curvy border triangles, and triple wavy lines filled the piecing.


I really love how the quilting echoes the piecing without following it exactly. Soft, wavy, organic . . . and effective, I think. :-)


The outer edge is finished with wishbones - they make me think of fish bones!


Splashes fill the space around the whale tail. "Scribble stitching" (multiple passes with slight variations in accuracy) adds a sense of motion and energy. Even though the quilting is obvious up close, it is barely noticeable from a distance. (In this case, the quilting is meant to enhance the theme without taking over the show, so I'm happy about that!)


I used the same scribble stitching technique to render the man in the moon. I take no credit for the artwork - the face is a simplification of a favourite image of my client's (by Roy Henry Vickers). Up close, there is an interesting interaction between the print, and the quilting.

From a distance, the image all but disappears - the desired effect.


My client had some great ideas for this quilt, so I put on my listening ears and worked to bring her vision to life.

She trusted me to work out the details and add my own touches, which made our collaboration a true pleasure.
(Except for the night I awoke in terror, thinking I'd done the OPPOSITE of what she wanted! Silly brain...)


Splish, splash! Time for a drop of wine, perhaps?

Linking up with:
Needle and Thread Thursday, @ My Quilt Infatuation

When I was fighting cancer, we bought a condo in the city. At the time I was too scared to feel excited about it, but I was deeply grateful for it.

We had two more children to cycle through higher education (one was already finished), and I was too exhausted to even think about moving kids around every year.


At first, the condo provided security and comfort for me as I underwent the final weeks of radiation, and then it sheltered our boys, in turn.

Over time, it became a convenience my husband and I used at every opportunity. We enjoyed everything from football games, to concerts, to learning opportunities; and it was a lifesaver throughout the lengthy reconstructive process (which took six years of appointments and waiting, by the way...unreal).

Our youngest recently finished his degree (congratulations, Derrick!), so we have sold our home-away-from-home. We practically yanked it out from under our young man, packing up and moving just three days after his last exam! (Ya gotta do what ya gotta do!)

I'm going to miss that place, but selling was always in the cards.

Moving forward, we have Derrick and Brynne with us for a few weeks until they head to the coast for their next adventure!

Picking up where we left off last time she was here, Brynne trimmed her quilt, nice and square...and then couldn't resist a quick test run - ha!

She added binding and a label, and got 'er done!


While we were in the city we took a look at the latest mural project Brynne helped with - sprucing up a community garden! The garden is fenced, but I managed to peek through and get a shot of Brynne's artwork (the veggie lady on the pink background). The murals transform a utilitarian space into something quite magical.


As part of the project, kids from the neighbourhood helped dress the street-side of the fence with painted pickets.

This little gem in the heart of Edmonton is quite a feast for the eye, the soul, and (eventually) the tummy!